Homeowners in LaSalle and Windsor top the charts for the highest average home insurance premiums in the province.

LaSalle sits at number one with the highest rate of $2,411, while Windsor was a close second with the premium rate of $2,139 according to a report from rates.ca.

Extreme weather, supply chain issues and inflation are all factors in rising home insurance prices in Ontario, driving up provincial premiums by 10 per cent and premiums in LaSalle and Windsor by 15 and three per cent respectively.

Insurance companies arrive at the price of insurance based on risks of the property, and the likelihood that a claim will be filed. Some risks include flooding, how likely a home is to being broken into, wind damage or forest fires.

John Schmuel, Managing Editor of rates.ca, says there are some risks living in LaSalle or Windsor.

“For Windsor and LaSalle the issues specifically is flooding. You know the Detroit River, if you recall a couple years ago there was a large flood. Flood claims because the Windsor region is a low-lying area has increased, especially with some of the increase in severity of storms that we’ve had in the past decade.”

He says having a sump pump to prevent ground water from seeping into your basement, and a back-flow valve which pushes overloaded water away from your house, can save you money in the long run.

“And these are two things that not only prevent a claim from happening, it can save your nicely finished basement. But insurance companies will actually give you discounts for having these installed. So you should absolutely tell your insurance company if you’re doing this because you will be rewarded.”

Schmuel says having too many insurance claims can put you even more at risk.

“We’re not just dealing with high insurance prices, homes that make repeated claims for basement floods, there’s actually a risk that insurance companies will say ‘okay, we’re going to pay it out this time, but we’re not paying out any more claims, that’s it, your property is too expensive to ensure for basement flood damage’.”

Other ways to lower your home insurance policies is by installing security, fire and carbon monoxide alarms to show that you’ve done what you can to protect your home from theft, fire and gas.

As well as having a smoke-free home as it will be identified as less vulnerable to fires. 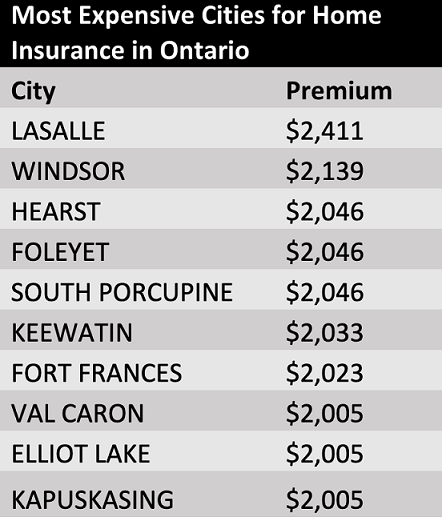 Previous articleThis Is the Most Important Move to Make After Buying Life Insurance
Next articleReviewing Outokumpu Oyj (OTCMKTS:OUTKY) and Secom (OTCMKTS:SOMLY)

Many backing out of driveway accidents happen every day as drivers back out of both residential and...
Health Insurance

A few weeks ago, more than half of the private homeowners insurance providers in FL were slated...
Life Insurance

Prior to April 1, 2022, Fortitude Life Insurance & Annuity Company ("FLIAC" or the "Company"), which was previously...

A few weeks ago, more than half of...

A few weeks ago, more than half of...