Crikey Worm: The best defence is…?

A near three year diplomatic freeze between Australia and China ends not with a bang, but an elbow bump. Defence Minister Richard Marles met with his Chinese counterpart, General Wei Fenghe, in Singapore at the sidelines of the Shangri-La security summit, the ABC reports. Australia, as you may remember, was in China’s bad books after banning Huawei from Australian phone networks and then for suggesting an independent inquiry into the coronavirus outbreak in 2020. These incidents led to the disgruntled superpower giving us the cold shoulder treatment and implementing trade restrictions.

Marles described the hour-long meeting with China’s defence minister as a “very full and frank exchange” according to the AFR ($). He said they discussed the recent Air Force run in, Australia’s interest in the Pacific, and putting a halt on further militarisation in the region: “We want to take this in a very sober and deliberate manner. We don’t underestimate the difficulties in the bilateral relationship.”

While some of the tension in China-Australia relations is cooling, Wei wasn’t afraid of ratcheting up the temperature elsewhere. Al Jazeera reports that the defence chief warned that China would “not hesitate to start a war […] if anyone dares to split Taiwan from China”. The rather heated comments came in a meeting with his US equivalent secretary of defence Lloyd Austin. OK, gotcha, loud and clear.

Marles took some time in Singapore to address some domestic concerns — specifically to accuse opposition leader Peter Dutton of politicising national security when he penned an opinion piece last week about our nuclear submarine procurement, The Australian says ($). He rejected Dutton’s claims that Australia was planning to buy submarines from the US before 2030, instead saying “all options are on the table”.

Sign up to WebCam, Cam’s fortnightly newsletter for FREE.

The defence minister also took the opportunity to defend against claims that Australia overpaid when it agreed to give $835 million to the French shipbuilder Naval Group, the ABC reports. This brings Australia’s total expenditure on its $90 billion contract to build 12 submarines to $3.4 billion (for 0 submarines for those of you keeping track). Prime Minister Anthony Albanese was quick to point out that this number was less than the $5.5 billion that was estimated in Senate estimates.

Naval Group said in a statement that the settlement was “fair and equitable”. Nice if you can get it!

The federal government is putting “all options on the table” to keep the growing costs of the National Disability Insurance Scheme (NDIS) under control, The Australian says ($). Newly minted NDIS Minister Bill Shorten says that he doesn’t believe there should be fewer scheme participants, but also wants to “restrain the growth of the cost of the scheme” which will hit $60 billion a year by 2030 at this rate.

Shorten says cutting fraud is one way save costs: The Australian Crime and Intelligence Commission says that the NDIS is being ripped off by up to $1.45 billion a year, The Daily Telegraph reports ($), with “organised crime gangs” charging unaware NDIS participants, inflated invoices, or ghost bookings. States providing more support outside of the NDIS was another option floated.

This comes after the resignation of National Disability Insurance Agency chief executive Martin Hoffman this week. Whoever takes his mantle comes into an agency with some big decisions to make, according to The Saturday Paper, including an organisation that’s “increasingly reliant” on contractors and consultants.

ON A TECH NOTE

As this newsletter’s temporary and mostly benevolent dictator, I’m doing this a bit differently and giving you a little bit of tech to start your day off. You may have heard that Bitcoin is something that’s built to be anonymous and decentralised — unlike boring, stale fiat currency. These two technological benefit are part of the reason why proponents will tell you it’s the currency of the future.

Except a new study reported on by Gizmodo claims that it’s neither of those or at least it wasn’t in the early days. Researchers have found that just 64 people were responsible for the vast majority of the early mining (the technical process that makes the currency work which, in turn, gives you bitcoin for doing so) — leaving them with $120 billion worth of the currency in today’s terms. Plus, they were able to figure out who those people trading the currency were through some complex techniques. In fact, creating a currency with public transactions may in fact make people using the currency very easy to surveil.

TL;DR (too long, didn’t read)? This won’t stop the hype but bitcoin isn’t all it is cracked up to be.

In a perfect world, ‘outing’ same-sex celebrity relationships should be a redundant concept in 2022. Love is love, right? As Rebel Wilson knows, we do not live in a perfect world.

If the SMH’s Private Sydney columnist didn’t rub enough people the wrong way by giving Rebel Wilson two days to comment on her same-sex relationship before publishing, then his follow up — where he complained about being “gazump[ed]” by Wilson announcing it first on Instagram — certainly did. 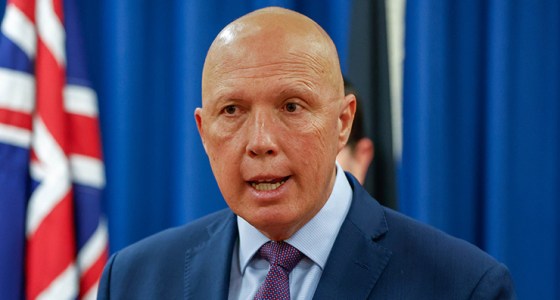 “The opposition leader is now under fire from both the government and the defence commentariat for daring to reveal that as defence minister he had hopes the United States would hand not one but two Virginia-class nuclear submarines to Australia by 2030.

“As always, hypocrisy is a standard part of politics, and it’s amazing what transformation can take place when a person enters the refined world of a ministerial suit and the cloying embrace of classified briefings — and when they exit it. We now look forward to Dutton calling for Collaery’s prosecution to be no-billed, Julian Assange to be returned home and an end to the prosecution of David McBride.” 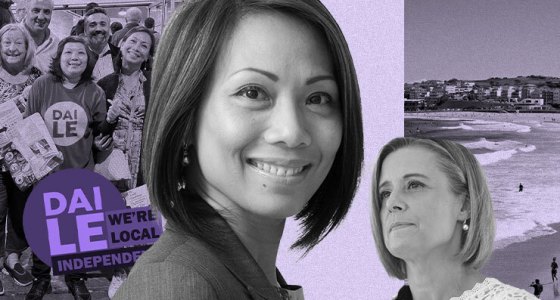 Why Kristina Keneally failed in Fowler, and how Dai Le flipped the narrative

“People assumed Fowler would be a contest between an experienced campaigner and a relative amateur. They were right: Kristina Keneally has never won a competitive campaign before.

“The Labor-right faction has treated Fowler voters like parochials; they embraced the label by spending the last decade throwing the party out on its ears. Given her record, why did anyone think Keneally would be any different?” 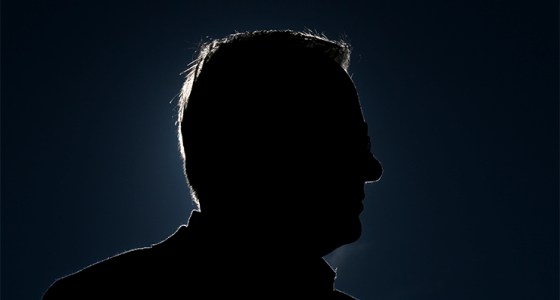 “Now in Australia I don’t think there’s a chance that a Liberal Party based around a Protestant ascendency of private school networks can make itself over as a populist representative of the knowledge-excluded, as the Republicans have done in the US. But it is not impossible that they could sneak a cheeky upset plurality victory in 2025 if Labor does not take command of the social knowledge/truth machine and make it work for the mass of people.

“Labor could get really confused about what progressivism and truth-orientation mean as a global crisis unfolds and begins to batter us. It is identifying its role as being the (very limited) truth-teller about just how awful everything is. It’s clear that Jim Chalmers really enjoys giving bad news. There’s almost a smile of relish as he does it. Not because he wants people to suffer, but the opposite: he wants to dispel illusion so we can get on with addressing the real issues, beyond the, as I may have mentioned, ‘decade of failure and waste’. It’s genuine, but he looks like the vet, syringe in hand, who’s about to kill your dog and then bill you $350 for doing it. “

READ ALL ABOUT IT

Russia likely to seize all of Luhansk in coming weeks, US official says (The Washington Post) ($)

Germany is facing a major beer bottle shortage, which has led to breweries begging drinkers to return empty ones, report says (Business Insider)

What becomes of the politically departed? Sadly, I’m now finding out — Trent Zimmerman (Guardian Australia): “In my case, I shared a rented townhouse with four other MPs. At one stage I was sharing with the foreign minister, the defence minister and the trade minister. I remember telling one ambassador of this arrangement and he was shocked that ministers of the crown were part of such a group household in Canberra’s suburbia. While he was mildly scandalised, I thought to myself that this is one of the strengths of our democracy and society — that we neither expect nor need to put our senior ministers in palaces behind fortified walls.

“Some have warned me that losing an election is like a grieving process. There is a bit of that. Certainly, some friends and residents talk to you as though you are among the dearly departed. Others on the streets cast their eyes away to avoid such a conversation.”

These are the real people all politicians conveniently forgot — Katrina Grace Kelly (The Australian): “A Senate report, Forgotten Australians: A Report on Australians Who Experienced Institutional or Out-of-Home Care as Children, defines a forgotten Australian as a person who experienced care in an orphanage, home or other form of out-of-home care during the past century.

“All politicians may want to remember our real forgotten Australians and their experiences. It may be wise to not appropriate their identity and status to an imaginary group, and add insult to existing and significant injury.” 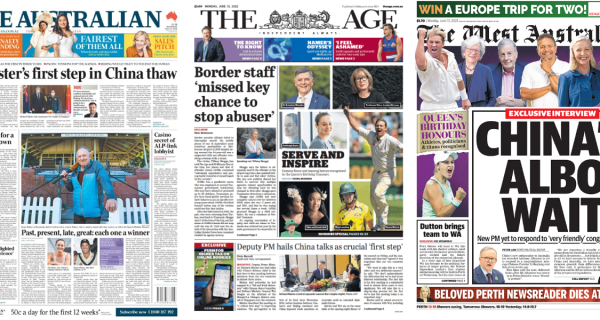 How to avoid costly medical bills and get out of medical debt : Shots

By John Rampton Unless you’re in the small percentile of people who have received a large inheritance or trust...
Life Insurance

Employers are caught between wanting to attract and retain employees while staring down a possible recession. That was...
property insurance

Survey also reveals the degree to which financial...

By John Rampton Unless you’re in the small percentile of...

Employers are caught between wanting to attract and...

Survey also reveals the degree to which financial...

By John Rampton Unless you’re in the small percentile of...

Employers are caught between wanting to attract and...